skip to main | skip to sidebar

The Interpretation from YouWorkForThem on Vimeo. 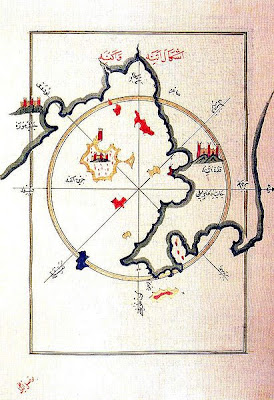 IRAN: A Nation Of Bloggers from ayrakus on Vimeo.

Civilization by Marco Brambilla from CRUSH on Vimeo. 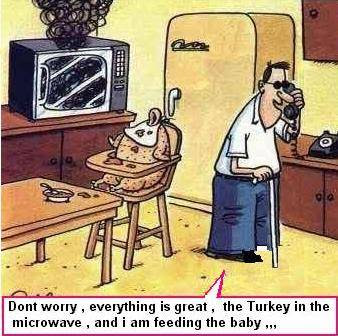 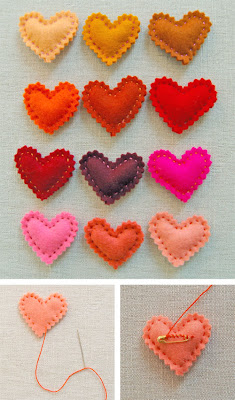 So, you're in love with one of your friends, but she has a boyfriend and probably wouldn't have sex with you anyway.
What you will need: 1 x knife, 1 x ring, access to a sunbed, the ability to grow a beard.
.
Step One: Place the ring on your wedding finger and avoid contact with your friend for a month.
.
Step Two: Stop shaving and use the sunbed to gain a tan.
.
Step Three: After a month when your beard is full and your tan is noticeable, remove the ring from your finger.
.
Step Four: Remove all your clothes and break into your friend's house.
.
Step Five: Use the knife to cut your body in various places. Avoid the face. If possible, focus on your back. The more blood the better.
.
Step Six: Enter your friend's bedroom and lie face down on the floor. Wait for her return.
.
Step Seven: When she enters the room pretend to be unconscious. Allow her to turn you over and try to wake you for a few seconds before you open your eyes. The injuries to your body will serve as a distraction to your nakedness. She will be more concerned about your wellbeing instead of fearing the naked man in her room.
.
Step Eight: When she asks you what's happened you should ignore her questions. Instead you must act confused and ask the date. If it's September 15th she will say 'September 15th' to which you must reply 'No, what year is it?'
.
Step Nine: Upon hearing the year say the words 'It worked.' Pretend to lose consciousness again for a few seconds, implying that whatever it is that has worked took a great effort.
.
Step Ten: If your friend is a curious person she will probably ask 'What worked?', even if she doesn't ask this question it is important that you now say the words '(Insert Friend's Name), I'm from the future' in your most deadpan voice.
.
Step Eleven: Pause for ten seconds to allow the incrediblness of the situation to sink in. There will be no reason for her to doubt your claim, because your beard will make you appear many years older and your cuts would add weight to the idea that you've come from a post-apocalyptic future where a war is currently taking place.
.
Step Twelve: Raise your left hand to your face. All women are very observant, so your friend will immediately notice the tanline on your wedding finger. If she is educated to a decent standard she will realise that you are married and your ring has simply disappeared, because clothing and other items cannot travel through time. Your nudity will support this.
.
Step Thirteen: Now comes the hard part - The monologue. In your own words you must give a speech in which you mention all of these key points:a) You are married to each other in the futureb) Her current boyfriend is deadc) The world is coming to an end. It's up to you to pick a reason, but I would recommend a war against machines. This whole situation will be backed up by the Terminator franchised) In the future your relationship is not going welle) You've come back in time because you can't help but feel that she would have been happier with her current boyfriend if he hadn't been killedf) Her current boyfriend is going to be hit by a bus on a day six months from her present. She should stop him going to work that dayg) If she does exactly what you say this current version of yourself will be erased and you will never get married. If she questions this flaw in your time travel logic, because you cannot change the past, simply reference Back to the Future
.
Step Fourteen: Unless your friend is made of stone she will now be overcome by emotion, especially at your selflessness. Get to your feet and go to kiss her goodbye. It is important that you do this with the confidence of a man who has done this to her many times.
.
Step Fifteen: There is now no possible way that you aren't about to have sex with her. You're naked, kissing her, in her bedroom, agreeing to erase a version of yourself from history to make her happy. And as far as she knows you've had sex many times in a future that will no longer happen, so she thinks to herself that maybe she should have one memory of it.
.
Step Sixteen: After having the sex, ask to borrow some clothes then leave.
.
Step Seventeen: Shave off your beard and coat your wedding finger in fake tan. Carry on as if nothing has happened.
.
There will be three possible outcomes:
1) During the sex some feelings that she didn't know existed are awakened and she will leave her boyfriend for you.
2) Life will carry on as normal.
3) You will be filled with guilt because of this moral grey area where you aren't entirely sure if what you've done counts as some kind of low level rape. You will take your own life by hanging, overdose or wrist cutting.
Publicada por Fresquinha à(s) 23:31 Sem comentários: 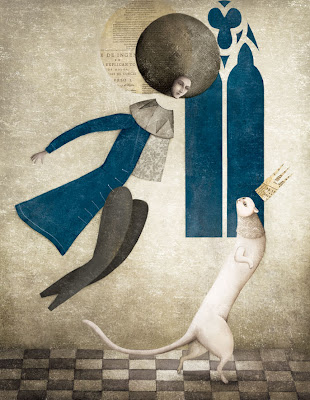 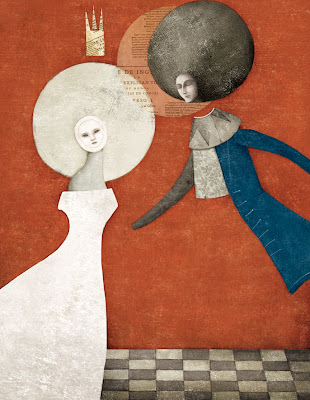 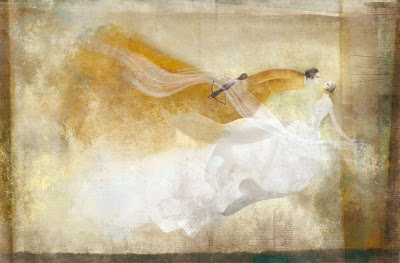 The Colouring from Dan Britt on Vimeo. 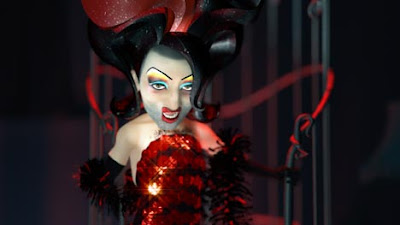 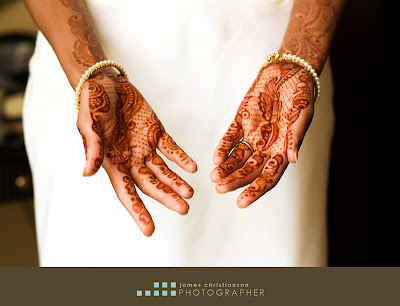 Hands are so impossibly useful it’s hard to believe they’re real. I’ll let Steven Pinker take this one over for me:
‘Nearly two thousand years ago, the Greek physician Galen pointed out the exquisite natural engineering behind the human hand. It is a single tool that manipulates objects of an astonishing range of sizes, shapes, and weights, from a log to a millet seed. “Man handles them all,” Galen noted, “as well as if his hands had been made for the sake of each one of them alone.” The hand can be configured into a hook grip (to lift a pail), a scissors grip (to hold a cigarette), a five-jaw chuck (to lift a coaster), a three-jaw chuck (to hold a pencil), a two-jaw pad-to-pad chuck (to thread a needle), a two-jaw pad-to-side chuck (to turn a key), a squeeze grip (to hold a hammer), a disc grip (to open a jar), and a spherical grip (to hold a ball). Each grip needs a precise combination of muscle tensions that mold the hand into the right shape and keep it there as the load tries to bend it back. Think of lifting a milk carton. Too loose a grasp, and you drop it; too tight, and you crush it; and with some gentle rocking, you can even use the tugging on your fingertips as a gauge of how much milk is inside!’
Publicada por Fresquinha à(s) 00:06 Sem comentários: 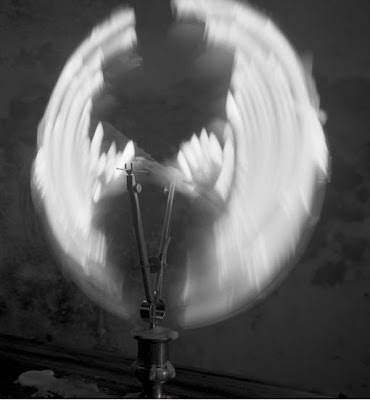 “Tension is who you think you should be.
Relaxation is who you are.”
Provérbio Chinês
Publicada por Fresquinha à(s) 19:17 Sem comentários: 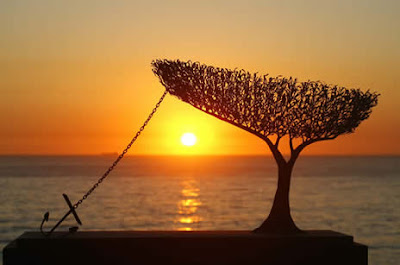 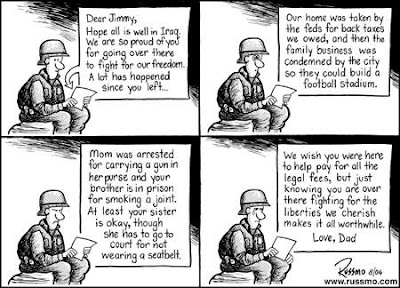 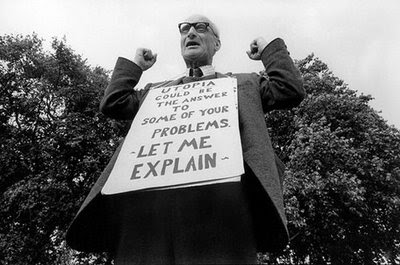 No Toys r' Us vende-se 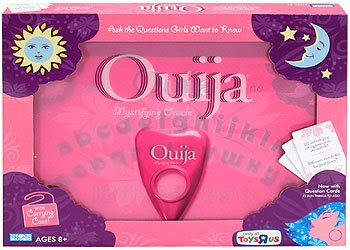 Anchored from lindsey olivares on Vimeo. 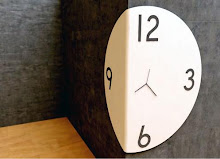